Russia has open border with Belarus. You’re noticing there is a border only because there is a long queue of trucks waiting for customs check. If you go by car, you can race through the border and notice it only when you see that signs have changed the language.

I pedalled slowly close to lonely bored customs official and appeared in Belarus.

I heard much about high quality of Belarusian roads, so I was surprised the road didn’t become better, in fact it was even worse than in Russia. But it turned out that only the first few kilometeters were like this. After that I got quite good asphalt with very wide roadsides, you can ride there even with closed eyes, so safe you feel there. Later I made sure that it’s absolutely typical in Belarus for big enough roads (but some exceptions do happen sometimes).

Another interesting discovery was that even in village’s shops in Belarus you can pay by bank card, I didn’t need to find an ATM. Even in out-of-the-way places Belarusians use cards actively. Probably one of the reasons for that is high inflation in Belarus (1$ is about 9100 Belarusian rubles at the moment), so if you use cash, then eventually you’ll get too many banknotes.

Prices in Belarus are lower than in Russia, but I can’t say the difference is really significant. In the main meat and milk goods have lower price and taste better. Bread is also very tasty.

There were lesser forests, more fields. As in Russia there were different sculptures made from round stacks on many fields. Probably that’s tradition for the time after harvest. It’s funny to look at them, usually they look like some animals, bear, for example, or old man and old lady. But the most popular is caterpillar, it’s very easy to make a caterpillar using round stacks.

It’s only 50 kilometers from Belarusian border to Vitebsk, and I pedalled as slow as I could, because my host, Nastya, worked during the day. In spite of this I came early.

Nastya lives in a dormitory provided by plant where she works as a constructor of seeding-machines, syringe-machines and so on. The room was nice. It was more like a communal flat, not a dormitory. She slept in a room of her friend on the next floor, so I could fully use her room during the nights.

There was a ping-pong table and a man who had a ball. He agreed to gave us the ball, but only if we agree to play with him. After that he told us he drank five bottles of vodka with friends that day.
But even in that condition he played well, but very awkwardly doing impossible motions. Then his friends went for him, and he was absent for a few minutes. He came back more encouraged and played much better. It turned out they’d drunk another one bottle.

In Vitebsk I wandered for long time. I was in house-museum and art-center of Chagall, he is one of my favourite artists. There was a bit of utensils in the tiny house-museum and a small garden behind it, I wasn’t inspired; the art-center keeps some gifted Chagall’s pictures, that place I liked.

But the nicest thing in Vitebsk was quick transition of concrete jungles to small wooden houses. Just a few meters from the center of the city and the area looks like a village. Maybe I should live in a village someday; who knows, maybe my mission is to be a farmer. 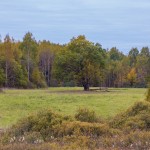 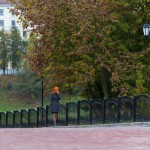 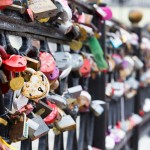 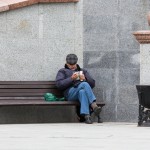 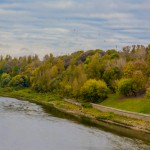 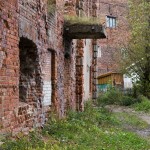