I’ve spent three months in Montenegro before my departure to Bosnia and Herzegovina. For sure, those days didn’t go without leaving a trace. Now I feel that the thoughts from that time have deeply influenced my world view, and they’ll chase me for long time.

Right now I don’t have proper words to explain what happened. So I’m simply going to break linear narrative and tell something about the tour in Bosnia and Herzegovina.

I left some stuff in Budva, not only winter clothes, but mandolin and tripod as well. As long as I carried those things I felt obliged to use them. Felt attachment to them. But attachment doesn’t lead to happiness. The mandolin and tripod have been left in Montenegro. Maybe some day I’d ask to send them back. Or maybe the opposite, I’d part with something else.

I didn’t notice any significant decrease of the bicycle weight. It doesn’t matter how long you get used to the weight of a loaded bicycle, it’d always remain heavy, you just become cycling faster.

The entry stamp to Montenegro allows 30 days of stay, but I stayed for more that three months. Mentally I was ready for any things on the border, including a chance that I’d spend my days behind the bars. Fortunately, crossing by bicycle has some positive side. Usually border guards are very glad to meet bicycle traveler and don’t check the documents carefully. The border guard put the exit stamp next to the entry stamp without looking on it.

I knew there are many landmines in Bosnia and Herzegovina left since the war. I worried that every time I’d have to ask locals a permission to put my tent up somewhere on their site. I’m not completely asocial, but if I do camping, I prefer to be alone.

Indeed, from time to time my eye could catch some things touched by the war: here is a road sign with holes left by bullets, along that forest are signs warning about landmines, and there is a bombed house. Thankfully, those are the fragments of the ended war. They sell combat gear as souvenirs on the market in Mostar.

I didn’t have big problems to find places for sleeping. Usually I chose lawns where sheep used to graze, or some places with enough amount of trash (if people walk there and throw out trash, then probably it’s a safe place).

Though, once I entered a small wood looking for a place for sleeping. After wandering there for five minutes, I went out from another side of the wood and had discovered landmine warning sign. There was another small wood in a few kilometers away surrounded by houses. It was the first time ever when I asked a permission for camping. Nobody was against. And I chatted with two locals till the rain turned into downpour.

At that time I had been riding for three or four days in the nonstopping rains. So I had a brilliant plan: to stay covered by tent at least for a day. But in the morning I was woken up by one of the locals, he told me that police wants to talk with me. Policemen themselves didn’t go into the wood, as it was wet and dirty there. They had written down my passport details and asked to register myself at their station after leaving the place. They were nice and offered me tea and cookies at the station, but due to this accident I had to ride in the rain for two days more.

The first place where I spent my days under a roof was Mostar. Amazingly beautiful city which I liked most in Bosnia and Herzegovina.

My host Adnan was very very hospitable. Though, everyone who hosted me in BiH was incredibly hospitable.

In the evenings we visited the same bar. One time we stood around a table and a dude approached towards us. He visits that place regularly to drink a few shots of rakia for free, as everyone there knows him. He started telling me something in Serbian, bug guys told him I don’t understand and asked to say in English. He took thought for two or three minutes trying to recall at least something in English, and, finally, he had shouted: “Fuck you!”

Adnan didn’t want to let me go to Sarajevo as it was snowing there. Nevertheless, I’d left him after a few days, and, indeed, I had to cycle in the snow for a while.

Dado hosted me in Sarajevo. He was preparing for a bicycle trip from Serbia to Uzbekistan and he had to go to Vienna to get an Uzbek visa there. I also tried to manage visa issues and get a Schengen or, at least, Bulgarian visa. Usually I went out early morning and randomly wandered from one embassy to another. There were no visitors at the embassies. It seems, not much job had left for the embassies since the citizens of BiH don’t need a Schengen visa for touristic purposes. Most of the times I didn’t even crossed doorsteps of the embassies. Talking with embassy workers behind fences I was explained over and over again that I can get the visa only in Russia. Or I can get it in BiH if I’m deadly sick.

Many lovely mountains after Sarajevo. But no sunny days, rains didn’t stop.

Approaching Bihać I turned to Štrbački buk waterfall. I broke a tyre on a mountain trail with sharp stones, shortly after that downpour started. That was the first time when I really wanted to stay in some hotel. I was ready to give any amount of money, I just wanted to dry up. At the same time I didn’t really count on this option, so I bought some food for the dinner.

When I passed a small town Orašac in ten kilometers from the waterfall, a man on a bicycle had come alongside and started asking something about my bicycle. Suddenly, he’d run into me and I’d fallen down. Some stuff from the handlebar bag had fallen down on the road as well. I asked the guy about some place for camping nearby, but he invited me into his house instead.

Sadik, that was the name of that man, immediately filled glasses with rakia and we started talking.

Actually, rakia takes very special place on the Balkans. Whoever hosts you, almost every time you’d be offered to drink some rakia, and certainly it’d be domestic one. If a person doesn’t produce rakia by himself, then it means he has an uncle/cousin/someone else who does. Nobody buys it in shops.

At that time I’d learnt a bit of Serbian, so I was able to talk with Sadik somehow. Probably, someone would say that Bosnian and Serbian languages are different languages, and someone would say the language is called Serbo-Croatian, someone else would add someting else. But, really, there is only one language (whatever you call it) and a few dialects with minor differences.

For example, threatening phrases on cigarette packs foreboding smokers death are made in three languages in BiH: Bosnian, Croatian and Serbian. The same phrase repeats word by word three times, just the third time it’s written in Cyrillic alphabet, not in Latin.

Nevertheless, some people care about that. BiH consists of Republika Srpska and Federation of Bosnia and Herzegovina. Guide-boards are made both in Cyrillic and Latin. But in the Federation I saw boards where Cyrillic part was painted over, and in the Republika—the same, but this time someone paints over Latin part. Or, for example, in the Republika you can watch graffitis “пиши ћирилицом” (“write in Cyrillic”) painted in old Cyrillic font.

Upon the whole, I watched no clashes between Bosniaks, Serbs and Croats. Sadik, Bosnian Muslim, over and over again repeated the story of our meeting and asked me again: “Тако ли jе било?” (“Was it like this, wasn’t it?”) Then a couple of young guys visited him. He explained that they are children of his neighbor who lives on the other side of the mountain, on the border with Croatia. And they fought against each other during the war. But now the are friends.

I have to admit that more I read and got information at first hand about the war in Bih, less I could see any sense in that. I don’t think it’s a feature of that particular war. Any war doesn’t have much sense.

One more interesting story I got from Adnan. I don’t know whether it’s a real story or just a legend, but it allows to understand current opinion of BiH citizens on those events. One day people in Mostar decided that they want to install some statue in the city. But they didn’t know which person is good for the statue: you’d choose one and treat that person like a hero, but some people would say that person is not a hero at all, but enemy. So, instead of making arguments, they’d installed a statue of Bruce Lee.

But let’s come back to Sadik. On the next day he drove me to Bihać where I’d bought some tyre for the near future.

The next stop was in Bosanska Krupa, where Mirald hosted me. Finally I’d washed and dried up the clothes.
Mirald invited me to stay for one more night to celebrate International Workers’ Day with his family. Apparently this day means something really important for Bosnians as they spitted a whole sheep on a roaster.

After Bosanska Krupa nobody hosted me anymore in BiH, and I just went towards Serbian border. 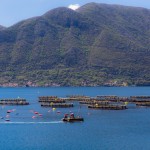 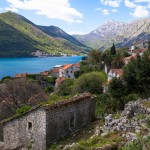 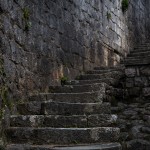 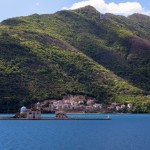 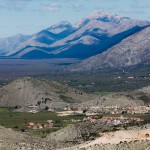 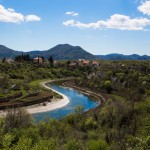 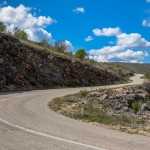 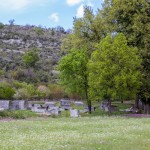 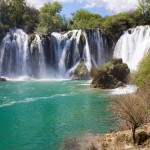 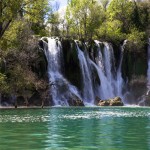 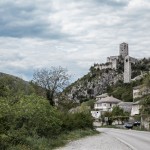 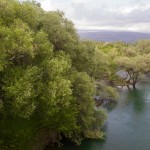 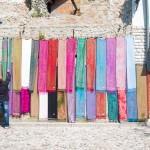 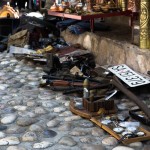 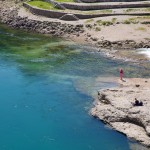 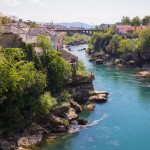 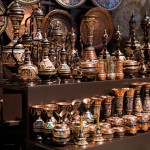 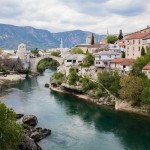 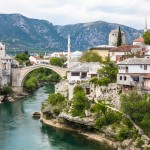 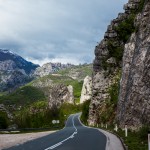 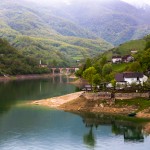 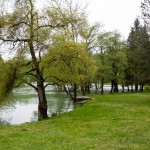 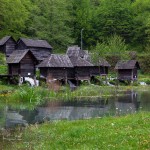 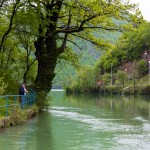 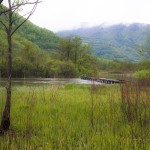 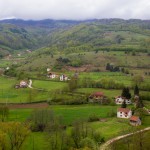 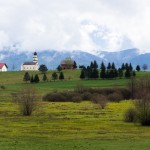 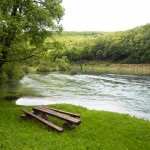