I’m quite lucky, and every person who hosted me is absolutely amazing. But stay in Chernivtsi is a special deal. I’ve spent there two weeks. More than in any other city. Though I had a formal reason for that (I got a Romanian visa), but even without any visas I’d like to spend those days one more time. Those days were very interesting and unusual.

For the first time in my life I lived in a squat. Huge abandoned building in the city center only for one person (me). Indeed, only one room is prepared for living, but the feeling of expanse and freedom didn’t leave me.

Usually nobody lives in this squat. Guys gather there in the evenings, sometimes people stay there for a night. I was the first who lived on a regular basis. My appearance gave a push to equip the place faster: guys brought stuff to make my habitation more comfortable: heater, teapot, electric stove, etc. The only unsolved problem in the squat is sewerage. But I’m sure they’ll manage it.

There is a film cliché when they show a den, someone at the entrance, and his eye looking through the eyhole and deciding whether a person is allowed to enter or not. It was something similar when I went downstairs, watched through the hole in the door and opened the door for someone.

We chatted, laughed, made sandwiches with marrow paste, played mandolin, did nothing. It was a great time.

When I went out I often followed the same route, and I became to feel I’m a local. Chernivtsi is a beatiful city, it’s a heritage from Austro-Hungarian Empire. The main sight is the university that was a seminary originally. Once I and Alex climbed to the dome of the church at the university. It was frightful to be on the dome, you can stick only to a small staircase or the cross. We did it during the day, some students and professors were below, but nobody spotted us. It seems they’ve got used so much to that dome that they don’t rise heads.

Once I sat on the main pedestrian street and drank coffee. Suddenly German had appeared. German whom I met in Lviv. He’d seen my back from a bus when he came back to his village, and he went out to walk a bit with me. Such an unexpected and nice meeting. We met up two more times after that.

On the third or fourth day I’d got a call from a friend of Archie. She works as a manager of a local TV channel. Archie told her about me and she decided to film me for their channel. It happened chaotically: I’d got a call in the late evening, and they decided to film on the next day. I didn’t even ask anything about the telecast, how I should behave, and so on. I forgot I had no clean clothes.

I thought they were going to explain me something before the shooting, but Tata just had said: “OK, we are ready, start shooting”. She gave me notice that her voice won’t be heard in the telecast, so I had to repeat somehow her questions before actual answers. Of course I forgot about that after a few minutes.
But I like the result. I’m not ashamed to show it to anyone. And I got a lesson for the future.

I’m sorry as the video in Russian, but you can watch how I’m cycling awkwardly in this video.

But still I should write about the visa. My first visit to the consulate ended up unsuccessfully. Booking of a random hotel in Romania wasn’t enough to make a long-term visa. An old man who checked documents said agressively I should bring an invitation letter from a Romanian citizen. But I just asked what documents I have to bring if I’m an ordinary tourist and know no one in Romania.

At first I tried to get an invitation with help of my friends. Many people were willing to help, but it happened too slowly. So after all I’d visited a company where they help to prepare documents and had bought an invitation for 50 $. Taking into account that half of the price is a notary tax, the price isn’t very high. I even met in person the man who “invites” me.

After that I had no problems in the consulate. They said I have to pay 100 $, not 50 $, as they do only urgent visas for citizens of third countries. On the next day I’d got the visa.

Everything had ended up well, I had to go further.
Alex, Jenya, Vlad, Archie, Lena, Maks, David, we’ll meet up again! 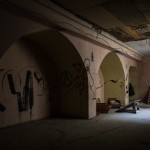 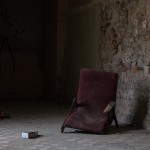 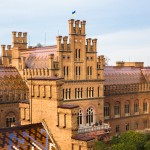 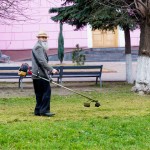 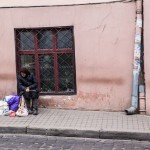 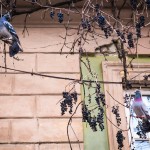 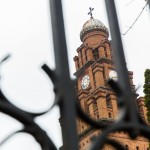 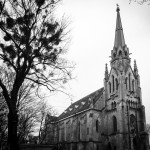