It isn’t easy to write about places, where you spent much time. You remember only what you felt in that place at that time. So, for example, though I always mention Hanoi, I didn’t write even a single line about this city during my stay for almost one year. I hope I won’t get the same situation with Minsk, nevertheless I’ve spent only ten days in Minsk, not one year.

Although I liked Minsk as a whole, there were other reasons for a long stay. First, after Minsk I won’t meet old-known friends soon. Second, I treated my teeth there.

Dental tourism is quite popular in Belarus, since prices are significant lower than, for example, in Russia. Some clinics even offer all-inclusive service (accommodation, food, etc., including treatment as well).
It’d be cool if someone would cycle to Minsk 1000+ km only to treat his teeth, and then just cycle back home.

I think it isn’t worth to describe my tooth problem in detail. I’d say my tooth suffered a few years ago, when I was robbed in Moscow.
Belarusian dentist divided my life in two parts: the life with the original tooth and the life without it. For sure, I’m upset I have something artificial in my mouth, but actually there isn’t much to be sad as the rest teeth (31?) didn’t betray me yet.

Generally, it was my first visit of dentist in the whole life. It was interesting. Strange chair; drills, needles and saliva ejectors; doctor in a transparent mask; white cuttings of a tooth flying from the mouth and the smell of burnt cement. That was like a scene from sci-fi movie, when scientists work on some cyborg.

For a few days after the end of treatment I couldn’t remember, that I can smile widely now.

By the way, I was taking pictures of sellers in a marketplace when an old lady came to me and started shouting: “What are you shooting in here?! It’d be better if you’d go and take a picture of that Gypsy girl who asks for money, but has to be in school instead! Let people know about that from your newspaper.” I tried to reply patiently and kindly, but the old lady opened her eyes wider and shouted: “And he’s replying with such a devilish smile!”

I’m not surprised anymore, that Belarusians turn aside their eyes, when I ride near them and try to smile. Devilish smile!

Many foreigners complain, that Russians smile little. In my opinion, Belarusians smile even less, their face look concerned often.

But it seems the most greedy for smiles persons are pretty girls of Minsk. There are many beautiful girls in Minsk, but almost all of of them have a mix of arrogance, condescension, vacancy and some agitation. Hey, what problems have you got, enjoy the life, smile!
Though it’s common trend among many pretty girls. Simply in Minsk it’s more obvious because there is plenty of them.

In addition to watching girls and Minsk, I met my Russian ex-colleagues from Hanoi. Nowadays the live and work in Hanoi. Such a small world!

I was coming back after meeting with them, when I discovered a man’s body on the ground. I can’t say I always help to everyone, but in such cases I usually check if medical help is needed or a person just “takes a rest”. It was black man, I asked him about health in English and Russian, he replied back in pure Russian and asked to help him to go up.
He’d made an attempt to cross a road and was nearly knocked down by car. I started holding him. It was obvious he drank much, but still was able to move and talk, even though I needed to reask him ten and more times to understand at least a single word.

I was detected by a man who stood hear his car, and he started helping me. The black man didn’t lool like a homeless person, the supporting man told he’s probably a student. We decided it’d be nice if we can drive to the homeplace of the black man. But the black man replied about his homeplace only that he lives “on Earth” or “in Minsk”.

During our “conversation” we got to know, that the black man is named Vitalya (Russian name), that he drank with Armenians and watched ice hockey that day, and that he lives “in sin&rdquo. Sometimes he said distinctly: “I’m not a capitalist”.

We’d got to know his probable address, but he didn’t recognize the place when we’d come there. And when I called to named numbers of flats by intercom, people left confused. Hahah, imagine you live in Belarus, and someone is calling you at 1 а.m. and asking if you know black man Vitalya.

Unfortunately, we couldn’t help him more. We left him on a bench after many unsuccessful attempts to figure out where he lives. Vitalya, hope you are fine and you still live in Minsk!

Oh yes, probably I should write something about Minsk itself. About Statlin-style and Soviet-style architecture, about incredibly wide boulevards, about the national library that looks like a gigantic octahedron and has an observation deck, but you can’t see anything interesting from that deck; that the city looks nicer in the night, when you can’t see its gray colour; about policemen who made me remark about opened but empty bottle of beer and so on.

Oh no, probably I shouldn’t. 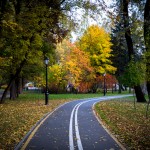 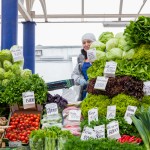 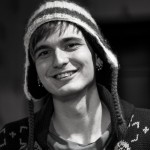