As if with a wave of a magic wand, as though the nature knows about political borders of states, rains had stopped when I’d got into Serbia from Bosnia and Herzegovina.

The sun shined in Šabac, my clothes were washed, and I lived in a bicycle heaven. Alexander, a bicycle mechanic and an owner of a bicycle shop, lodged me in his house where I was surrounded by all kinds of bicycles. I spent many hours and could watch infinitely how he fixes bicycles even in the most hopeless cases. Often he didn’t ask any money as he supposed that a person will come later on to buy something in his shop.

I asked Alexander how it happened that he linked his life with bicycles. He replied that once during Yugoslav conflict his family went out on the street to sell a couple of bicycles they had, as they needed money for food. Neighbors spotted that episode and asked to sell their bicycles as well. That’s how it started.

Though there was no suitable tyre for my bicycle in Alexander’s shop, he just told me to look in his bicycle collection and put off a tyre from one of them. This way I got Schwalbe Marathon Plus for free.

From Šabac I headed to the north of Serbia, to Subotica. Views didn’t differ much, just endless fields. But Subotica surprised nicely. I left the bicycle at the tourist information point and walked a few hours in that Serbo-Hungarian, drowning in greenery city.

After that I moved to the Serbian part of the Eurovelo 6 route along the Danube river. As a whole I didn’t like to follow some predetermined, invented by other people route. Often there weren’t roads close to the river, so the Danube river left somewhere in a few kilometers from the route. But route inventors still had insane drive to lay the route as close to the river as possible. Thus often I followed trails, but suddenly found fences and went around by paved roads.

When I’d arrived to Novi-Sad I didn’t manage to find any host. I was sitting at the quay, eating bananas deep in thought. Some guy came to me and started asking about the bicycle, my trip, and so on. After a few minutes Miladin, that was his name, invited me to stay at his place. The most remarkable thing in this story is that Miladin never invited strangers to his place before. In the beginning he even wanted to make up a story for his flatmate as if Miladin and me were old friends. But I convinced him to tell the truth.

The next place after Novi-Sad was Belgrade, there I was hosted by awesome guy Martin. A small rain started in the evening when I approached Belgrade. But during the night it rained non-stop. Those were the days when Serbia and Bosnia started experiencing floods.

At the same time Martin hosted another one cyclist Ed from the USA (by the way, he also had Surly LHT). The first four or five days we almost didn’t go out, ordered food online, Ed played guitar, from time to time we watched news about the floodings, on floods photos I recognized places where I cycled quite recently. In the evenings we moved out just to reach some pub, thus I knew a dozen of drinking places, but nothing else about Belgrade.

Martin, who hosted about one hundred cyclists in the last year, told us storied about some gloriously insane guys that stopped at his place. Like the story about a French guy who traveled without money on an ancient bicycle, who didn’t have even a single proper pannier, only plastic bags and duct tape, and… also that guy carried a huge accordion on his bicycle!

The day when I finally had left Belgrade was very atypical for me. Suddenly I started thinking that probably it’s a bit strange to move from place to place without any final purpose. Such thoughts never visited my head before. Usually thoughts get stuck in my mind for a moment, I register their appearance, and then they fade away like outgoing train. Rest of the time I directly take in what happens around me. What I see, hear, smell… I don’t judge it. The world around neither good, nor bad, it just exists, it’s what it is.

In the evening I turned to a trail going along the Danube river, trees grew directly in the water, no signs of human beings, gigantic birds, the sky was in sunset haze. Two small deers ran close to my tent.

After a couple of days I was in Zaječar visiting Viktor, who hosted my in the winter. I endeavoured to help him on the farm, but either I managed badly, or I did some other mistakes, but I felt that my presence brings discomfort. I didn’t dare to ask Viktor what was my main false step. Instead of initial plan to get a Romanian visa in Zaječar, I’d bought an airline ticket Belgrade->Moscow to deal with my visa issues in Russia. 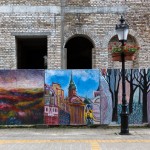 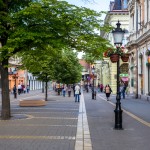 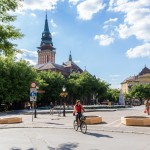 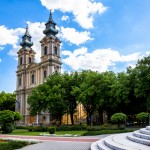 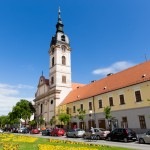 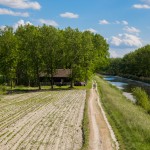 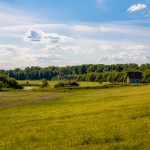 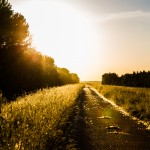 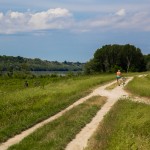 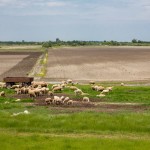 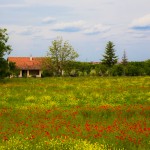 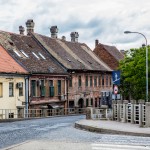 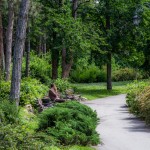 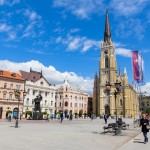 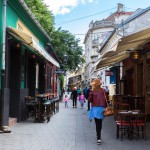 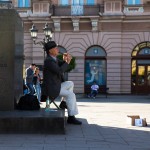 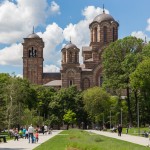 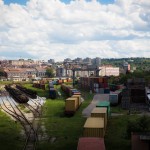 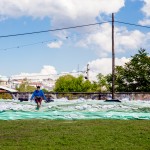 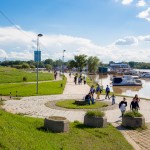 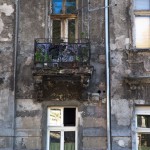 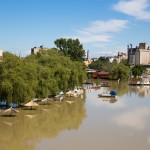 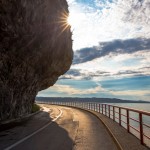 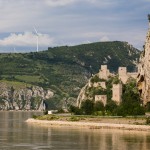 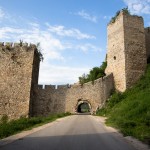 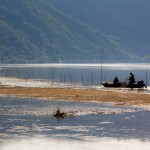 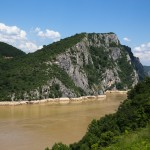 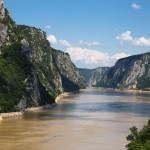