On the way to the Belarusian border I stopped at memorial complex in Katyn founded there by Poles. I asked a security guard to look after my bicycke. He told me there was a Polish cyclist a week ago. He had a weak tent, not suitable for downpour, and guards aloowed him to put the tent under their roof.

This place keeps very strong impression. There is a wooden cross and empty benches in front of it in a well-groomed forest. The names of the killed Polish officers are engraved on metallic, artificially rusted plates. A bell is hanging and the lower part of it symbolically goes down the base.

That day I’d spent my last Russian rubles. Initially I took 3 thousand rubles (less than 100 $) in cash, one thousand of it was spent on new pedals, gas and hat, everything else was spent on food. So it means even with unplanned purchases I spend less than 10 $ per day.

The closer I came to Belarusian border, the more sparse forest became, I found a place for the tent very close to the border.

When I’d installed the tent I figured out I’m thinking that even though it’s so nice to stay in a flat, but it’s very cool to sleep in a tent. It’s a felling of freedom. 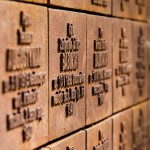 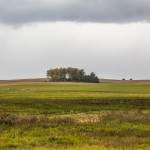